Before Caroline bought her first guitar, she used to grab a broom stick and make it into one. She had one leg put on the edge of her bed and the other was set on the floor, looking exactly like a musician as she strummed on the strings of her imaginary guitar. She looked so funny and so beautiful with her green eyes that sparkled and her hair that was all pulled to the back as she sang Taylor Swift’s Love Story with her sweet angelic voice.

If there is one who taught me how to be passionate about the things I want to do, then it has to be Caroline, my younger sister. She has always been keen on learning music. She is the one who used to lock herself up in her room to practice. She is the one who went through several fights with my parents to buy her the instruments she wanted. She is the one who took part in church choirs and did several solos when she was in school.

She is also the one who came out of her comfort zone and decided to upload videos of herself singing and playing music on YouTube and other social media platforms like Instagram.

From a very young age and ever since she was little, Caroline loved playing music. Like many people would call it “she had a musical ear” (whichever music note or song she heard on the TV, she would like murmur it the whole day long) and she still does that by the way, it can get to an extent that she might give me a headache.

I remember once we were in our father’s car as he made his way to Alexandria to visit a monastery there and there was this ad on the radio. It was commercial ad or so (cannot really recall what it was really about), but all I can remember was her singing with the music that played along.

I can very much recall my father’s facial expressions that day. He smiled all at once, his thin black eyebrows rose to his forehead, stunned by how Carol was singing every word of the ad when she was only six years old.

If an ad played on the radio, he would cheerfully call on her in the car so she would sing along. He would look back at her through his car’s rear-view mirror and say “Yallah Carol, there! your ad is playing on the radio.”

My sister would blush as she sang, her cheeks would turn blood red and then she would laugh. She would barely finish the song because my father used to laugh whenever she sang.

But Carol didn’t stop at singing ads. Her dream was way much bigger. She always aspired to be a musician, to have her own guitar on which she’d play her own beats.

It all started with a broomstick that she kept practicing on for a couple of months when she was 12 and she got into a dozen of fights to buy her first guitar. Whenever my mom came back from work, Carol would rush out of her bedroom to ask her one question only and before she would even say hi, she asked: “Mama, did you buy me the guitar I told you to buy from the Yamaha shop?”

That question was set on automatic mode to whenever my mom came back from work. And mom as usual, looking so tired dying to embrace her bed, would respond saying “no, I was too tired, I had no money and I needed to get back home.”

From there the fight would start. My sister would cry all day long screaming “Why didn’t you buy me my guitar? It is not too expensive…I hate you!” and my mom would just shout because she was obviously too tired to endure my sister’s loud cries.

It took a while for mission one to be successfully accomplished; it took two months for Caroline to buy her first guitar. But that was not it. I guess watching guitar tutorials for her was never enough, and miraculously there weren’t many fights when my sister asked my mother to allow her to sign up for courses in Kythara institute to learn guitar. On the contrary, my mom was very welcoming to the idea.

A couple of months later, Carol wanted to learn how to play the keyboard. Again, same scenario, she got into fights with my mother because at first, she wanted to buy a piano and take courses in the conservatoire.

My mother, not able to endure my sister’s moaning, bought her a keyboard and later signed her up for courses in Kythara institute.

At the age of 14, Carol started to upload videos of herself singing and playing music on YouTube, and she did have many admirers. I have to admit that I felt jealous of her at first and I thought her voice was really annoying back then. It was like pain in the ass (excuse my language).

I was ready to do anything to make her stop playing music. I even used to interrupt her while she was shooting videos of herself, I would break into the room all of a sudden and just make noises so she wouldn’t go on with what she was doing. I would drive her mad that she wouldn’t hesitate a second to reward me with a pillow to the face.

I wanted to be like her to be honest. I wanted to do music, and just basically be able to master instruments the way she did. She is now 18 and she can play guitar, keyboard, violin, and God only knows what other instrument she would later play?!!!

I wanted to find something to be passionate about just like my sister did, something that would drive me insane! I have always struggled with identifying who I really am and what I am capable of. That was in total contrast with Carol. She did find her path along time ago and did manage to progress toward this path.

She is a college student now studying pharmacy at the German University in Cairo but that did not keep her from playing music.

On her first day of college, as Carol was getting ready for the big day ahead of her, I remember telling her GUC was tough and she wouldn’t really find time to practice. With a sigh she replied saying that she didn’t believe that academics should ever interfere with what she liked to do and then she took her stuff and left the house to take the bus.

“Practicing music is what keeps me alive. My life would be empty and void if I stopped playing music.” she said. 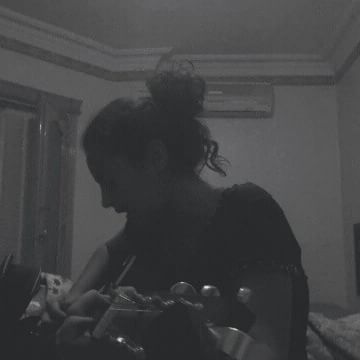 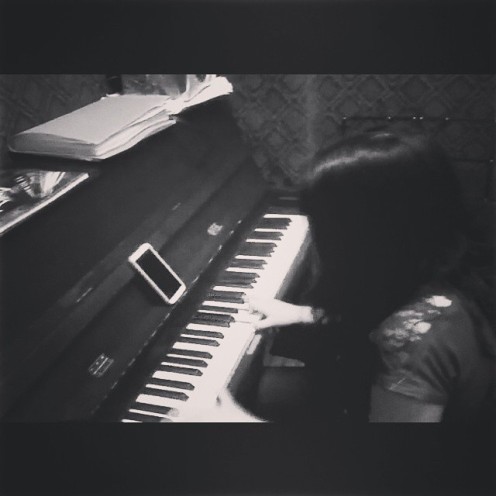